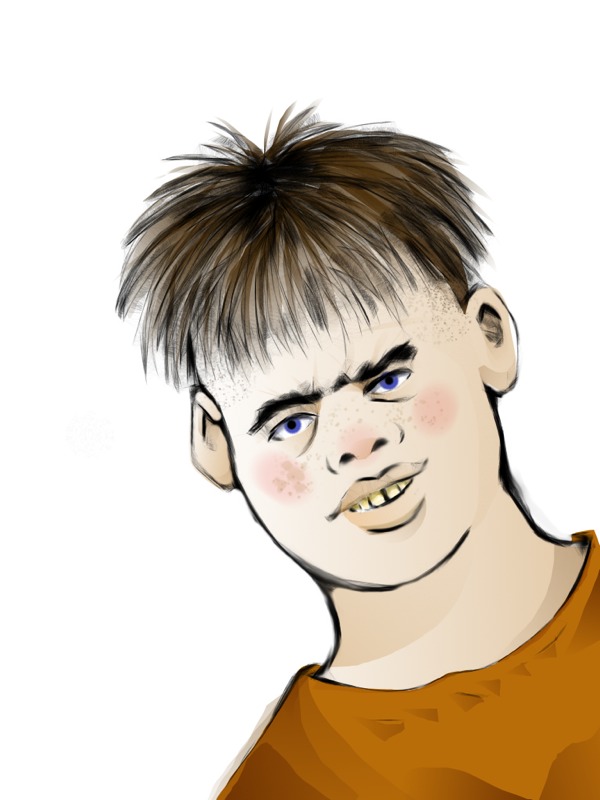 This is Henry "Pug" Mullins. His unfortunate naturally pugnatious looks cast him early into the role of loser and bully, a fate only reinforced by an absent father, angry abussive mother, and later a series of unstable and less than ideal foster homes.

His smallish size poured Adlerian fuel to the fire of overcompensating for his insecurities and lack of self esteem through violence and seeking dominance. Pug was a failure in most all of life's requiste measures of normal advancements: high school, community college, girlfriends, jobs. His only experience of success was during his stint in the military where his penchant for violence and lack of initiative were affirmed. Ironically, his few years of success there hardly translated to success in the civilian world afterward.

Pug would end his unremarkable life in a home for vets, forgotten but for a distant niece who would over the years, on ocassion, try to rescue him from life's harder edges. He would find saving grace from the compassionate and lovely nurse's aid Mercedes. She would be the last person he spoke to, confessing his regrets and failures on the dawn of his death.

This is a collection of doodles done on my iPad. A divertimento done during random moments of the day. All images are purely fictional and any semblance to persons living or dead is purely coincidental.